“In the Wings - Stories of Empty Stages” is a series of interviews with writers, composers and creatives whose work was cancelled by COVID-19, presenting the first performance by West End stars and a live band since lockdown began.
Musical Director: Henry Brennan
Piano: Henry Brennan
Bass: Mark Fincham
Drums: Nick Anderson
Musical Arrangements: Henry Brennan
“In the Wings” produced and directed by Justin Williams and Henry Brennan for Reliable Productions.
EPISODE FOUR features music from "DORIAN"

SON OF LOVE AND DEATH

OUT OF THE BLUE

CAN YOU HEAR ME? 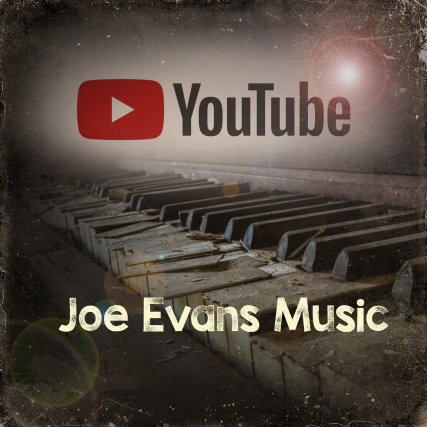 Please visit my YouTube channel for videos - just by clicking on the image to the left.

JOHNNY'S HOMESICK BLUES
The fourth in the series of 'Lockdown' songs. A bit more rocky - so best played LOUD. A couple of references to Bob Dylan's "Subterranean Homesick Blues" - and a few more nods to other classics...

IS THAT ALL?
The third in the series of 'Lockdown' songs.

Another lockdown song. It looks like a personal break-up song, but it's really just an allegorical tale of the divide, during lockdown, bewteen those who say "C'mon, let's just get our life back" and those who say "It's too soon, and too dangerous". No judgement intended - just a wee songsmith's way of distilling a global debate into the confines of a little melancholic lovesong.

THE GHOST LIGHT
While theatres and other places of entertainment remain closed, here is a new tune in celebration of the fact that soon we will re-open our doors and slowly, eventually, life as we know it, will resume.

SUNDAY'S CHILDREN
This is a more general reaction to lockdown than "The Ghost Light" - but also from quite a personal perspective. It's as much about missing somebody as it is about the present crisis. The idea came from a seemingly little thing: a telephone that no longer rings on a Sunday morning. Without going into detail, it set my thoughts onto a path that eventually led to this song - an imagined conversation with a loved one, no longer with us. We miss these chats, these moments; sharing these things. What they be making of the whole situation? 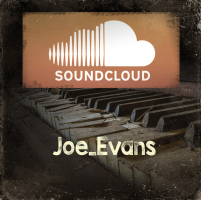 For more tracks (including the ones below) please visit my Soundcloud page - just by clicking on the image to the left.