RUBY IN THE DUST

A self-taught musician/songwriter, Joe started composing for theatre about a decade ago. Having notched up a few credits he was invited to join Jill Downing's Rags and Feathers Theatre Company, where he wrote the music for several of their productions, and toured with them as musical director. Collaborating with writer Chris Pitt they produced a number of musical adaptations of Oscar Wilde Classics. Since then he has been commissioned to write for other independent theatre projects, both in the UK and internationally.

In 2007 he co-founded Ruby In The Dust with writer, actress, director Linnie Reedman, and they have staged over a dozen productions, including shows both on the fringe and in the West End, and other site-specific venues, such as London's famous Cafe Royal (where they presented a dramatic staging of Oscar Wilde's Dorian Gray, in the very room where Wilde once held his own readings). Joe has composed the music for each Ruby In The Dust production which include The Little Dressmaker (Union Theatre and Tabard Theatre), Poprygunya (Greenwich Playhouse), Romeo and Juliet (Greenwich Playhouse), Rapunzel’s Last Midnight (White Bear Theatre), Dorian Gray (Leicester Square Theatre), Miracle (Leicester Square Theatre and St Andrew Church, Holborn), Romeo and Juliet (Leicester Square Theatre), Bel Ami (White Bear Theatre), Song of the Seagull (The Menier Gallery), The Great Gatsby (King’s Head Theatre and Riverside Studios), Hutch (Riverside Studios) Bonnie and Clyde (King’s Head Theatre), Dorian Gray (Riverside Studios), Lady Windermere’s Fan (King’s Head Theatre and Tabard Theatre), Gatsby (Union Theatre) and The Last Tycoon (Arts Theatre and Tabard Theatre). Other credits include sound design for theatre in the UK and internationally, and he was commissioned to create a large scale sound installation for the Prince of Wales Conservatory at Kew Gardens. Joe has also written two full length plays; Rapunzels’ Last Midnight, a musical play which premiered at the White Bear, and Hutch, at the Riverside Studios. 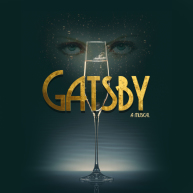 Daisy Buchanan becomes the centre of the story in this musical adaptation of “THE GREAT GATSBY”. Seeing the tragic events unfold through her eyes we are given a fresh perspective of F Scott Fitzgerald’s iconic Jazz Age novel. When Daisy Buchanan and Jay Gatsby finally meet again after seven years apart, they find their futures ensnared by their pasts. With themes of loss, dosappointment and ultimately hope for a better tomorrow, Gatsby is surprisingly resonant with the 'roaring twenties' we find ourselves in once again. Revelling in the glitz and glamour, we also get a glimpse of the sadness and secrets that ripple beneath the surface; as we follow Daisy’s quest to discover what happened to Jay Gatsby. Vibrant characters, popped corks, and infectious rhythms collide with personal conflicts and lost loves in this tragedy of the vanishing Jazz Age.

A great event for lovers of new musical theatre, this is a chance to catch an exclusive concert performance of this unique show. 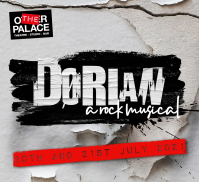 Dorian Gray, the secret child of love and death is suddenly thrust into a confusing world.  A world where love dare not speak its name, yet everybody is searching for it

On his search Dorian comes across the many mirrors of his soul. The dangerous and charismatic Lord Henry casts him into a hedonistic lifestyle’ Sibyl Vane sees him as the Romantic lead and Lady Henry merely wants to prey on him. But it is the gentle society painter, Basil Hallward, who shows him as he truly is.

On his quest to find his true identity, Dorian must decide if it is better to be loved or to be feared

When Dorian realises the painting is, in fact, a portrait of his conscience, he is horrified to see the level of corruption depicted on the canvas and decides to try to reverse time.

But is it too late?

Inspired by Oscar Wilde’s classic novel, “The Picture of Dorian Gray”, ‘DORIAN’ is set in a fantasy world, revealing both sides of Dorian Gray’s tragic life: the real one and the portrait. 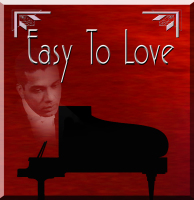 “Lady Mountbatten sues over claims of an affair with black singer.”

But the truth was even more outrageous...

Originally titled “HUTCH” when it was produced at the Riverside Studios in 2013,  Easy To Love is a play with music based on the life and career of Leslie Hutchinson, aka Hutch. It focuses on a particular episode of his life that simultaneously propelled him into high society and yet ultimately destroyed him, emotionally, physically and musically. A story of illicit love, racism and betrayal at the highest level of British Society.

Featuring the music of Cole Porter.

Book by Joe Evans - adapted from the biography, Hutch, by Charlotte Breese.

The unforgettable music and lyrics of Cole Porter feature heavily in Ruby in the Dust’s new play about Leslie ‘Hutch’ Hutchinson, London’s most popular cabaret attraction of the 20s and 30s.

“I was lucky to be in Paris at the time Cole Porter was starting to write his big hits... He

taught me how to sing his songs and introduced me to the right people.” - Hutch

The ‘right people’ (aka his numerous lovers) included Hollywood stars, debutantes, princesses and duchesses; most famously Edwina, wife of Lord Louis Mountbatten, the Queen’s cousin. But the love triangle of Hutch, Porter and Mountbatten ultimately destroyed him, emotionally, physically and musically.

Hutch was born in Grenada in 1900, moving to New York in his teens, then Paris and London in1927 where the jazz age was in full swing. He was soon the darling of society and the population in general. Hutch was a favourite singer of the then Prince of Wales (later King Edward VIII) and he had an audience of millions as a performer on BBC radio. As well as being the lover of Cole Porter,

Hutch recorded several of his songs, including Begin the Beguine and Porter's famous list song Let's Do It (Let's Fall in Love), to which Hutch made up 70 new verses. Hutch suffered from ill-health in his later years and died in London from pneumonia on 19 August 1969. Only 42 people attended his funeral.

On its premiere, Hutsh's son, Chris Hutchinson, attended opening night and gave a post show talk to the packed house. He returned for the last night of the run where he performed his own composition, Hutch Lived Here, accompanied on piano by the actor Sheldon Green who was playing his father in the show.

"... stirringly evokes the self-conscious decadence of the Jazz Age..."

"...You could hardly have a better subject for a musical — scandal, race and golden Twenties numbers..."

"...Sheldon Green’s striking Hutch expresses both the virtuoso’s pride and his tradesman’s-entrance vulnerability..."

"... Ruby in the Dust's production marries an enthralling story to some of the greatest songs ever written... this show brings the man to life - it's what he, and the audiences of today, deserve..."

"The story of this larger than life man is concisely and entertainingly told, and it is a story well worth the telling. Hutch’s daughter and son were in the audience on opening night and son Chris Hutchinson addressed the audience after the production to speak of his father’s courage in leaving Granada aged just 17 to go to a prejudiced New York and battle through his career against the odds. It is high time the contribution Leslie Hutch made to our cultural heritage, and indeed to the interpretation of the American songbook, was recognised and acknowledged." 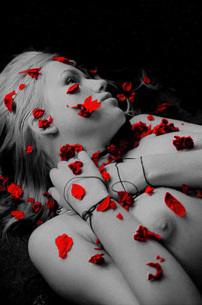 Do you really want your dreams to come true?

A modern take on "Rapunzel", placing it in a jazz cafe at midnight, and delving into the dark side of people's dreams where second chances don't exist and vengeance prevails.

“… Joe Evans’s play with music takes the Grimm tale of the girl with the long golden hair, and relocates it to a seedy jazz bar… We’re in a basement, heavy with whisky and dramatic chords – a place for the dark side, the grim tales, the minor keys…"

… The piano is a great prop, allowing Nic Van Gelder (as Mozart) and Ben Murray-Watson (as Johnny Midnight) to show the the smoky atmosphere of Evans’s songs, and the Bohemian chit-chat of the musicians…”

“…The multi-talented company move between instruments with aplomb…"

… A neat, touching, melancholy musical, about shifting from the black notes to the white, and believing in the possibility of happy endings, despite experience…”

"...Joe Evans’s truly evocative score skilfully reveals the troubles and dreams of the lonely souls who bring their woes to the piano..."